I had such a comfortable sleep last night, probably my last for a while. The owner had left me some bread, milk and so forth so I made a quick breakfast and took some Marmite toast for lunch later on. I could see that it was going to be a clear day thank fully after all the rain and wind so far. Big dog and I played fetch then I was off. Unfortunately the dog kept following me down the driveway even with my protests. It stopped at the gate but then a hundred metres down the road there was the dog under my legs again. I couldn’t keep taking it back to the house. Fortunately a firm “stay” did the trick. I didn’t look back and felt so mean for the poor dog but I had hills to climb and kms to cover. There was a 3km walk to get onto the first part of the farmland where the trail leaves the road. Crossing a paddock I went along a cattle race and then up a steep track into the pine trees on the Island bush walk. It was pleasant and smelt of warm pine needles. There were some serious weeds though.

At the exit from the track I met my first TA SOBO (south bound) Jasmine. She was nearly finished and I’m just beginning. No time to dwell though as we both have kms to cover. The track came out onto a gravel road which I followed for 4km until it reaches the Woodlaw Forest. The lower part of the forest was pine however it soon becomes beech and went straight up the hill for 300m, at least it feels like it. I’m not good at hills yet so there were many stops and sips of water from the water bladder. Man,  I was buggered by the top and most disappointed to reach the top to find no view and no congratulations of any sort, just a couple of sawn logs to sit on. 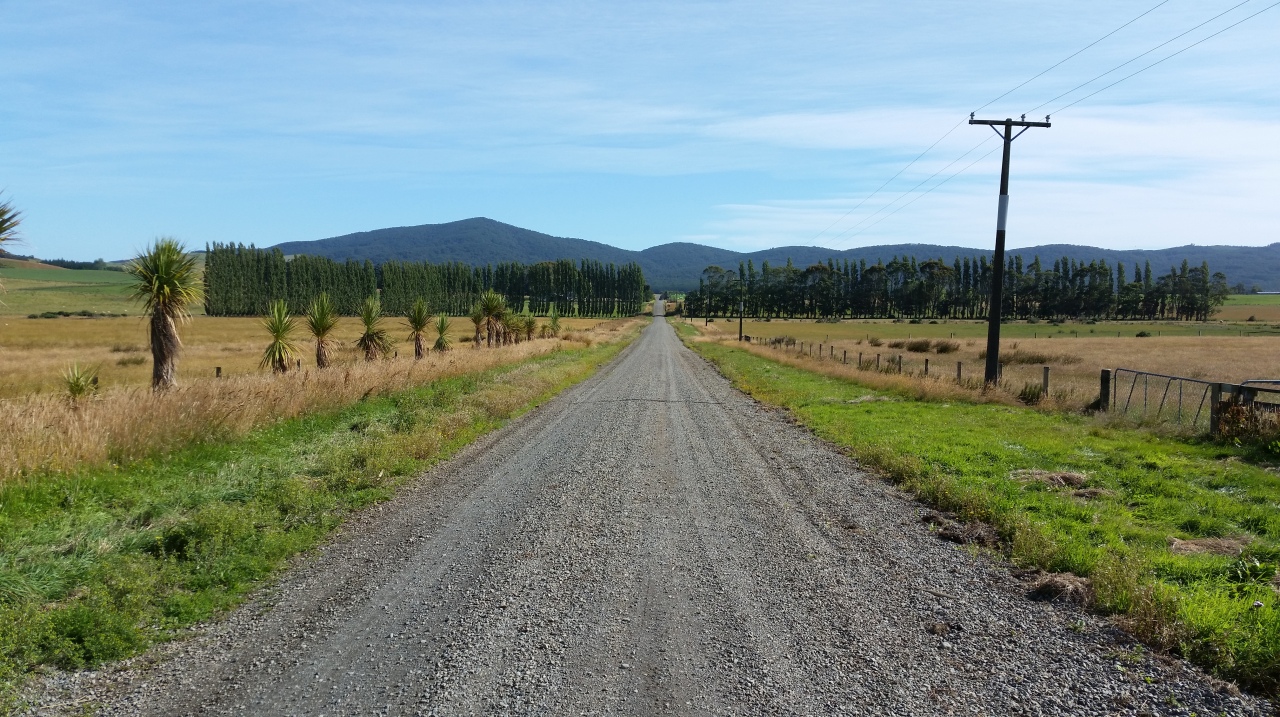 However all was good once I came out of the beech and along the pine bounded access road. This continued for about 4km before arriving at the gate above Birchwood Station. It was quite a marvellous sight emerging out of the trees and having such an expansive view from Ohai to the right, the Takitimu range in front and around to Tuatapere and beyond.

The descent through Birchwood Station was blim’n steep. It was hot and steep. I was so pleased to have my poles to use as forward support. The poor SOBO’s I was thinking who would have to walk up this hill! Typically TA, the poles followed the fenceline which was a good 70 degree gradient even though there was a perfectly good farm track with an easier gradient to the right. I was gingerly easing down the steep incline when I spotted a tramper sitting on the grass. I was to learn he is Julian and from Germany. He was walking barefooted even across the prickles. You had to hand it to him, he had tough feet but he said he always walks around in this manner. We walked together through the remainder of the station and onto the road. The gravel proved to be a bit much so he donned some thin rock climbing type shoes and was off. Unusually (for trampers) he carried a reflective umbrella that he would raise in the sunshine. As I turned off the road into my digs for the night I watched as Julian under his silver umbrella continued onto wherever he was heading to this afternoon. I had booked into the hut at birchwood station. It might have been the old shearers quarters and now provides home comforts to TA’s such as a hot shower, washing machine and for another $15 a hearty dinner. Turned out that I was the sole guest tonight so I had a delicious lasagne, coleslaw, chocolate cake and fresh plums plus there was beer. Heaven 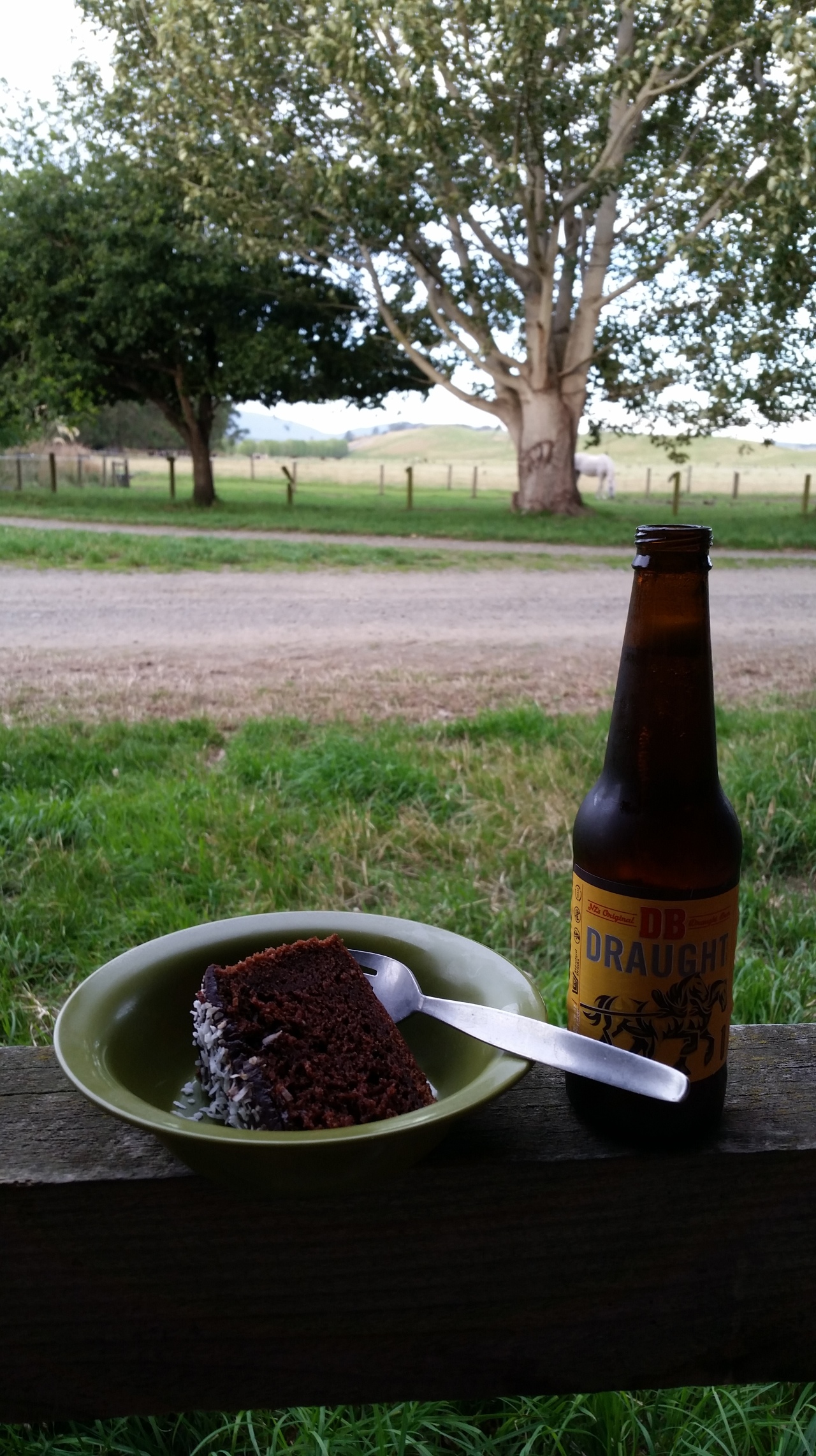