After a delicious breakfast at the villa I head down the street to see Steff at the i-Site again. I am not sure whether to stay another night in Oamaru or get on the Alps 2 Ocean cycle trail today. I need to get to Christchurch in time for a flight to Wellington next week and working backwards am trying to determine the number of days it will take me to walk the trail. We figure that I will start today, this afternoon and I should be there in time. I am not sure where to stay along the way however there appears to be plenty of holiday Parks and camping grounds. As a precaution I book into Gods Old House in Windsor tonight. It’s an old church and looks great. So I get on my way about 1100 this time following the Alps 2 Ocean signage out of the city. The cycle trail is ridden from Mt Cook down to Oamaru so I need to be vigilant for signage that is not always obvious when going against the flow. I start from the villa and walk down to the botanic garden. They are really spectacular and if anyone is visiting Oamaru do spend an hour or so visiting them. 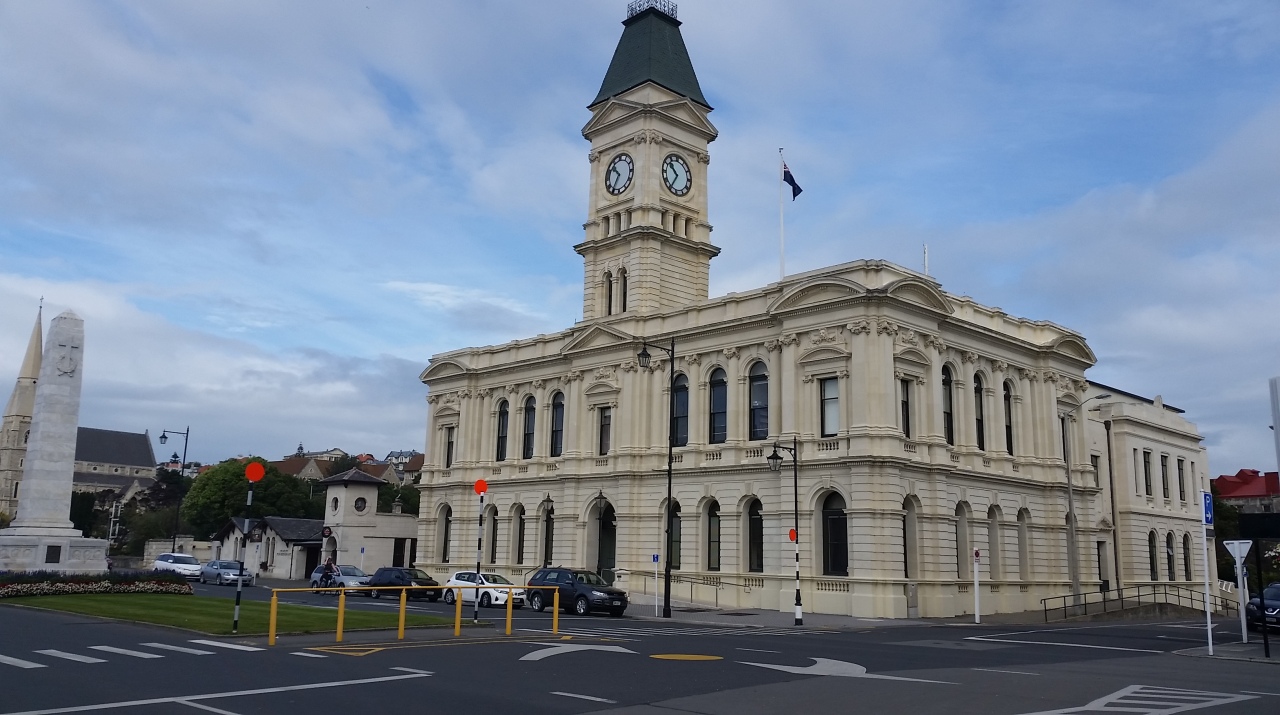 The trail followed the road and some where along the way went off in another direction unbeknown to me. I followed the cycle diagrams on the path and eventually arrived in Weston where I discovered that I had been walking along the wrong way altogether. Weston is where Oamaru stone is quarried. The trail follows an old railway line for a while but soon just follows the road. I pass a lime works and a large field of sunflowers that are past their prime which is a shame as it would have been a great picture. The roads from Oamaru are all lined with oak trees and under each is a small epitaph to a fallen soldier. It is very moving to encounter them everywhere and to think of these lives lost to families and communities. Arborists are employed to keep each one well tended and free of weeds. There are also apple trees every now and then plus just outside of Enfield is a red plum tree which did get raided to provide some afternoon snacks. I stopped at a set of yards to offer help to a farmer who was drenching sheep but he didn’t want any so I kept going. Originally this whole area was the Windsor station before it was sold off into smaller farms. The trail follows a meandering stream and then a driveway lined with English trees. Maybe this was part of the old station homestead. A swarm of bees is circling near the driveway and I am pleased that continue this motion rather than investigate me. A little further along is an Oamaru stone stables, the stone just as creamy as when it was built. What a beauty. There is an old two storeyed house adjacent which looks in need of a do up. 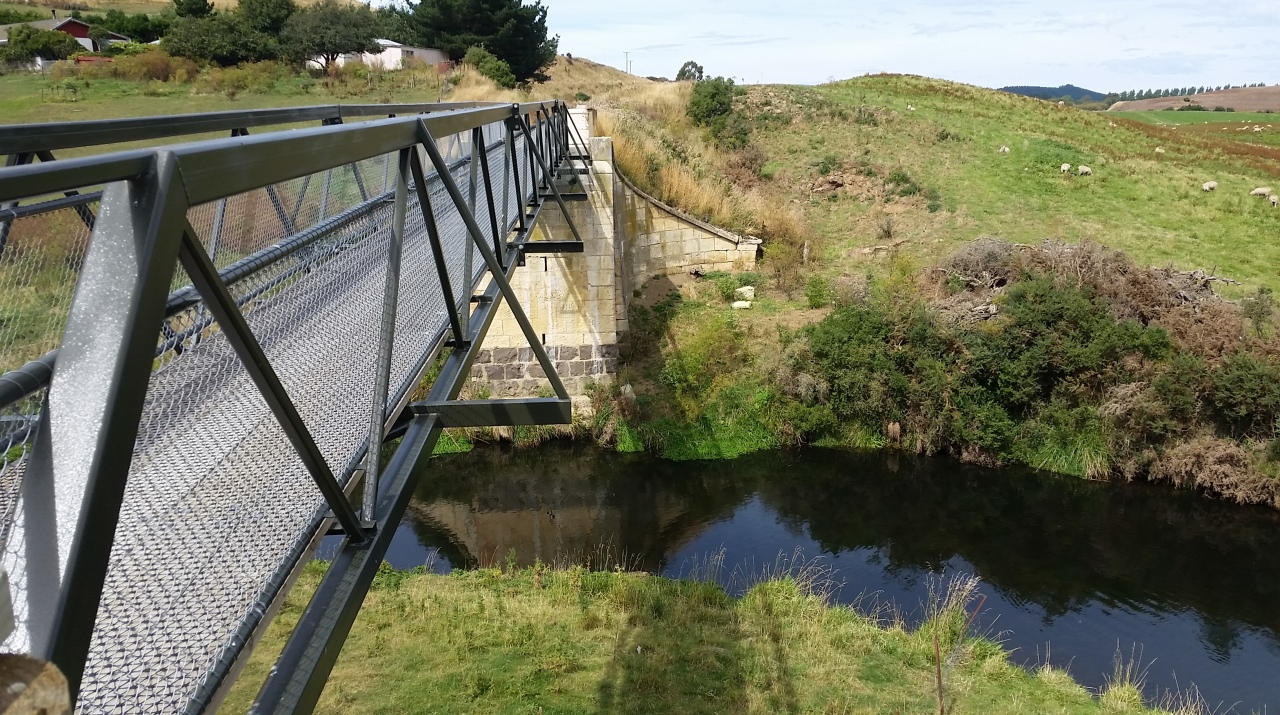 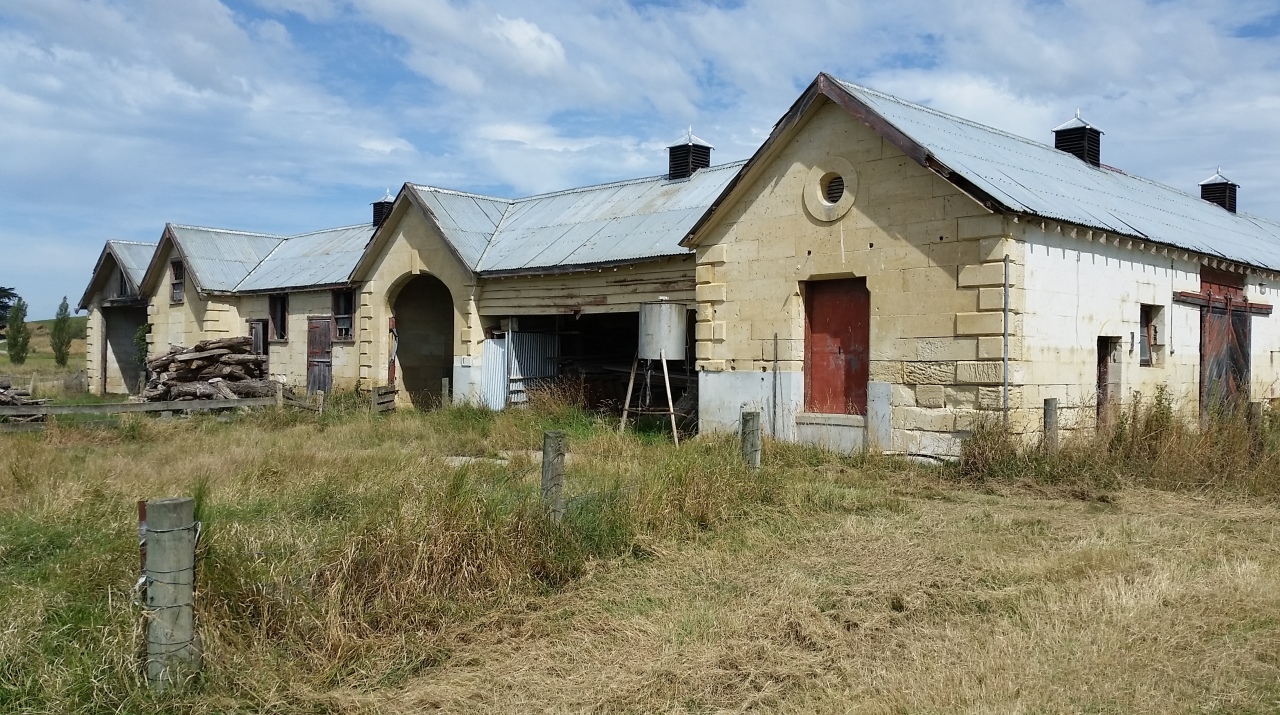 From here the track is across farmland skirting a stream. Big pivots have their own bridges to cross the stream as they make their arcs across the land. Nothing to stop the irrigation. A pumping station is surrounded by gabions, the type you see supporting road embankments. They look very architectural however may be used to dampen the noise of the water being pumped. It still made a distinct roar however. I give way to cows crossings the trail after milking, they are plodding intently back to the rest of the herd. Then I’m back onto a road again for the final kms into Windsor. My left shin has suddenly begun to hurt, I don’t know what brought this about but I don’t like it at all. So I am relieved to reach Gods Old House in Windsor which is on the 45th parallel – just as I had passed on the Otago Central Rail Trail. Carol and Roger come out to greet me warmly and show me the awesome accommodation. It is big enough for groups but I have it to myself. I hadn’t arranged a meal but change my mind once here. Fortunately it doesn’t faze my hosts. Carol gets me an ice pack for my leg and I keep it elevated. I receive a delicious dinner with dessert served in the old church. They both lived here before moving into their cottage behind. 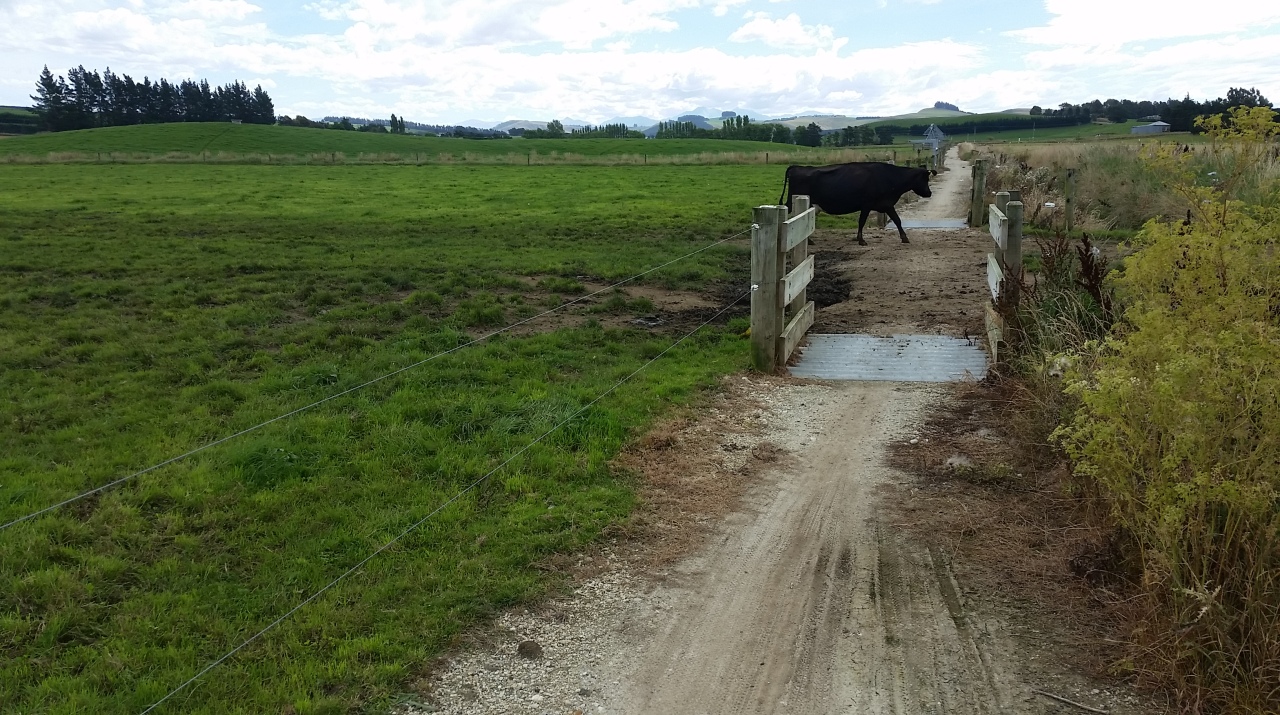