I was on the trail by 0800 to get going in the cool morning air. The track returned to the swingbridge first then headed north towards South Mavora Lake. It was through beech forest and again I was disappointed that there was so little bird noise especially when you would expect the dawn chorus. Like usual the beech trail is slow, up and down and muddy. There was an interesting rocky slide to cross on the way however. When the trail came out at the lake I was sick of the forest walk so took the swingbridge across to the road, which I followed for 5km to North Mavora Lake. There is a large camping ground as it is a popular holiday spot. Although today it was quiet I think as there was a stiff breeze down the valley and Lake. 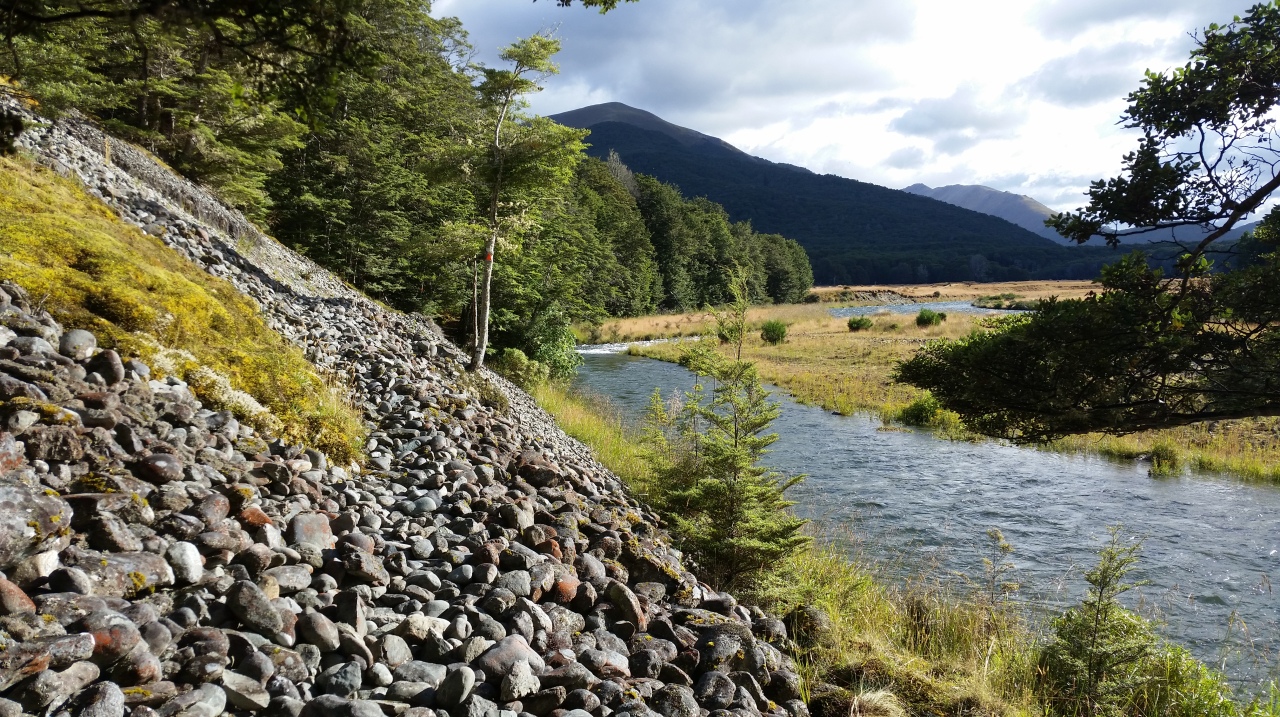 The Mavora Walkway commences at the camp ground and travels 50km to the Greenstone Station Rd carpark on Lake Wakatipu. It’s  beginning is on a 4WD track that skirts the lake and at times includes the lakeside beaches. It was punctuated by large pot holes the entire width of the road so the going was often quite slow. When the track rose above the lake the wind was on my face all afternoon which has a slowing effect but also keeps the body cool so I didn’t mind. There was no animals seen but I could hear birds all around in the thorny bushes and could fill my water bottles frequently in the streams that crossed the track. By 1500 I had reached Careys Hut at the northern end of the lake. There was no water tank so I filled from the stream running adjacent to the hut then walked to the top of a rocky outcrop for a photo down the lake. 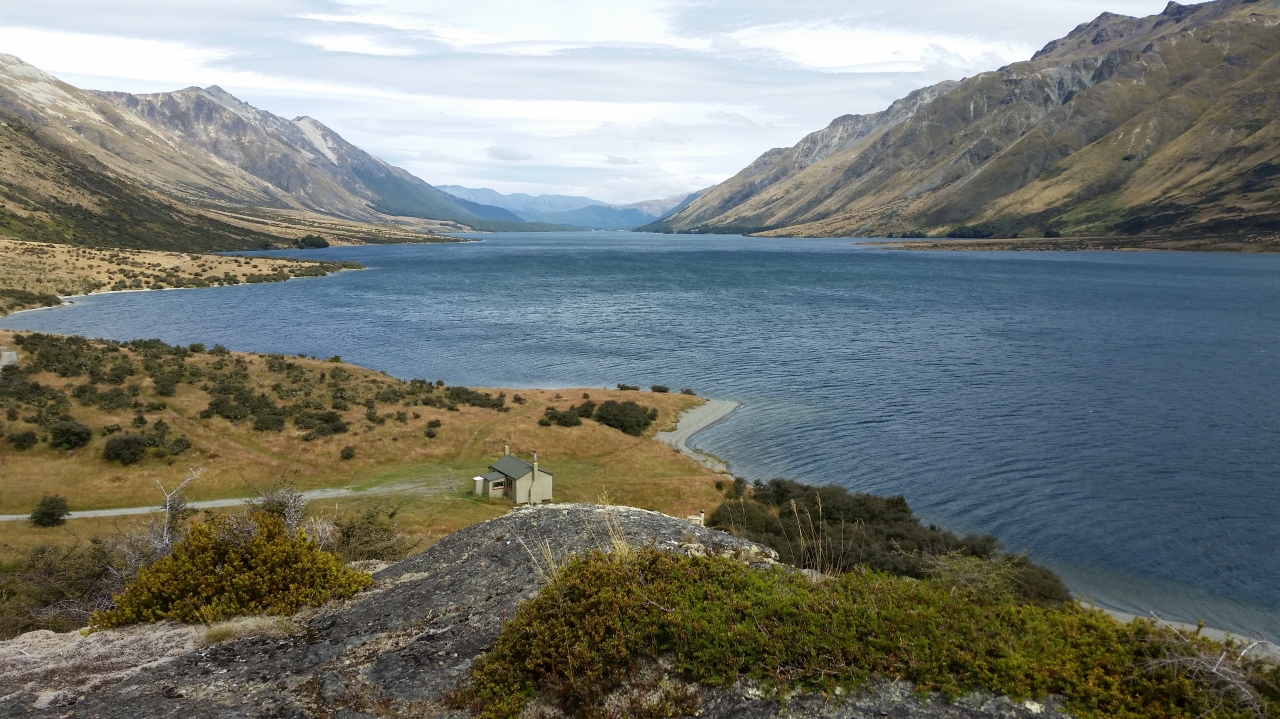 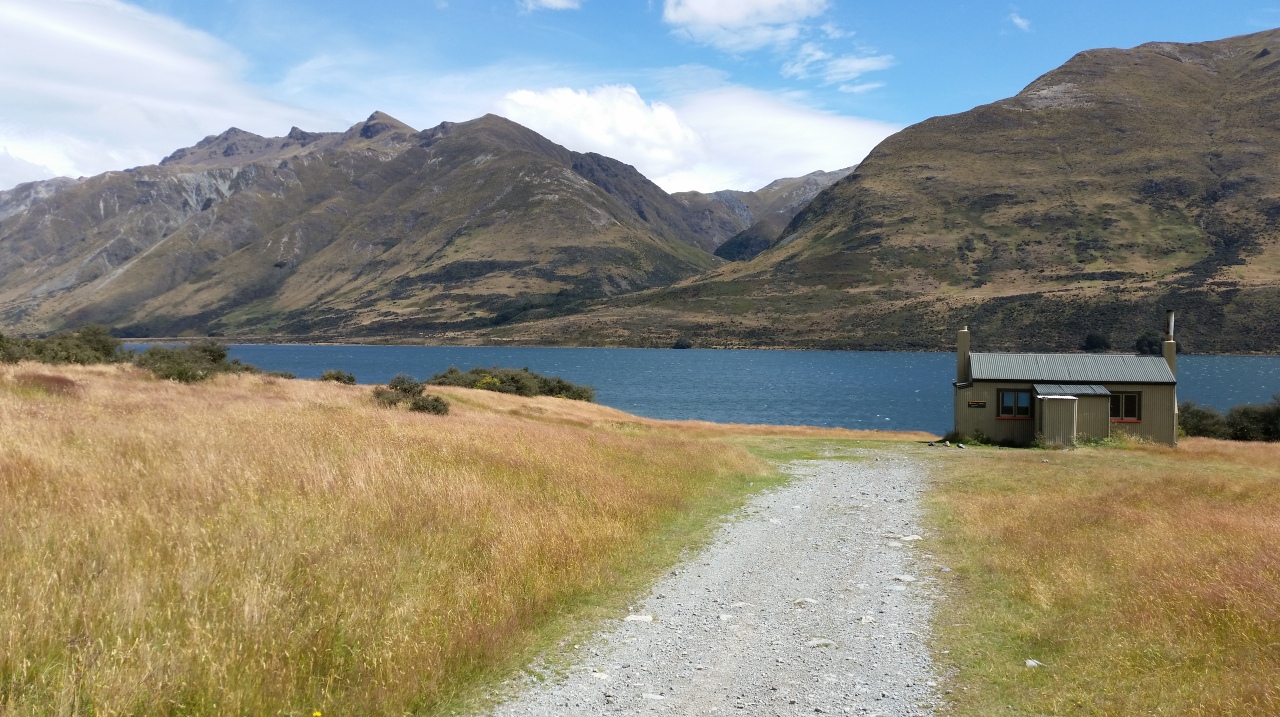 A little later the first of two French couples arrived who would stay the night. Robin and Chloe had come from Greenstone Hut. I had planned on going to a closer hut tomorrow but after listening to them thought that I might make it further. They were such a delightful couple and I really enjoyed their company.