I set off at 0900 this morning as it was only 6hrs through to the next hut. As soon as I had walked down the rise from the hut there was a river to cross and again I couldn’t see any way to cross without boots wet, and I didn’t want wet feet after only 5mins of walking. So off they came and I waded across. 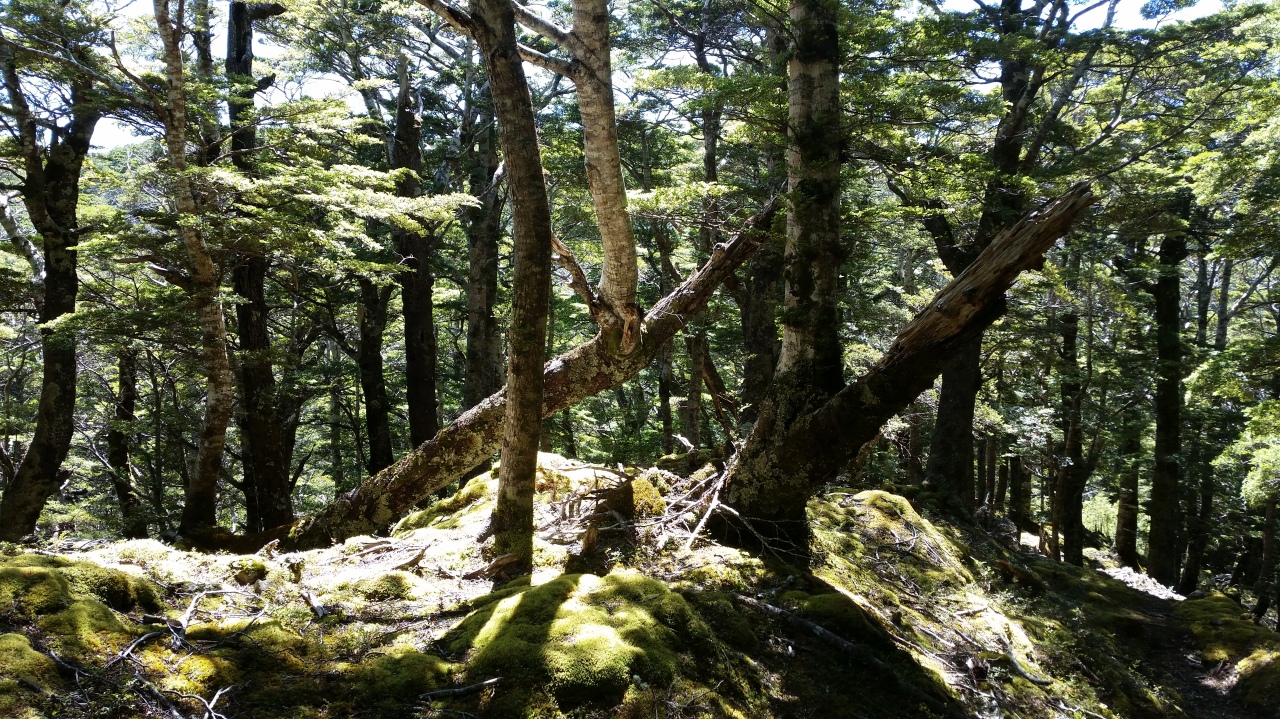 There was 10km of beech forest to walk through and rather uneventful. I met Molly from USA about half way, another SOBO. Around 1400 I emerged onto the tussock and fought through this until the swingbridge over the Aparima river. A few hundred metres later and I arrived at the Aparima Hut. There are actually two huts, old and new. There was a lovely couple from Massachusetts who had been hanging out there and a bit later Marc from the Netherlands arrived, he being SOBO. We had a nice evening playing cards and generally enjoying the company.