My heinous day. It was utterly horrible but ended on a high.

There had been rain during the night however it was clear when I set off at 0900 to the Princhester hut. The trail was to be 9km of tussock and some forest, then 5km of steep and roughly formed track. I wasn’t looking forward to the latter. I had only started out when the first rain shower came through. It was carried on a seriously strong NW wind so I sheltered behind some trees until the rain stopped. The wind didn’t abate however and at some point it had whipped off my pack cover without me knowing. With the rain stopped it wasn’t too bad walking through the tussock however it was very muddy and wet. It was time to get on and just go through it. I had been told that this time would be coming and that I wouldn’t care – you just stomp on through the mud and puddles. There was too much water to go around and you only need the boots and feet to get wet once and it’s not going to matter for the second, third or the one hundredth time. 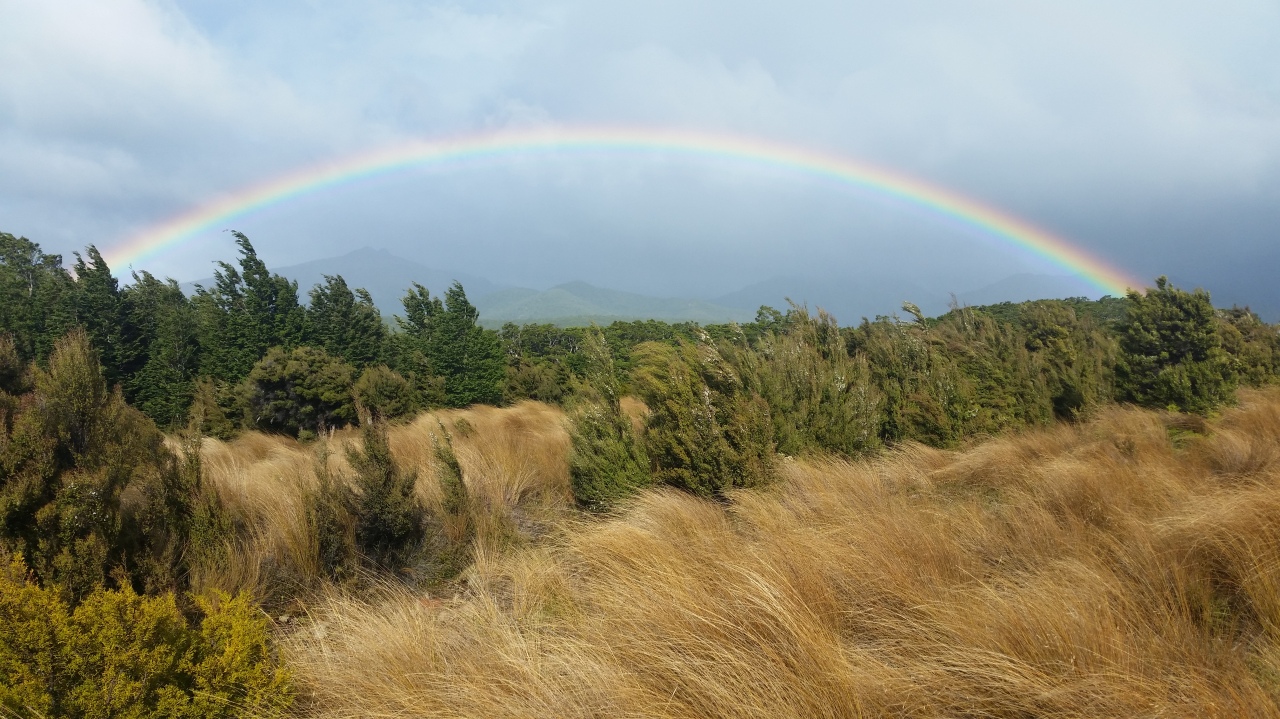 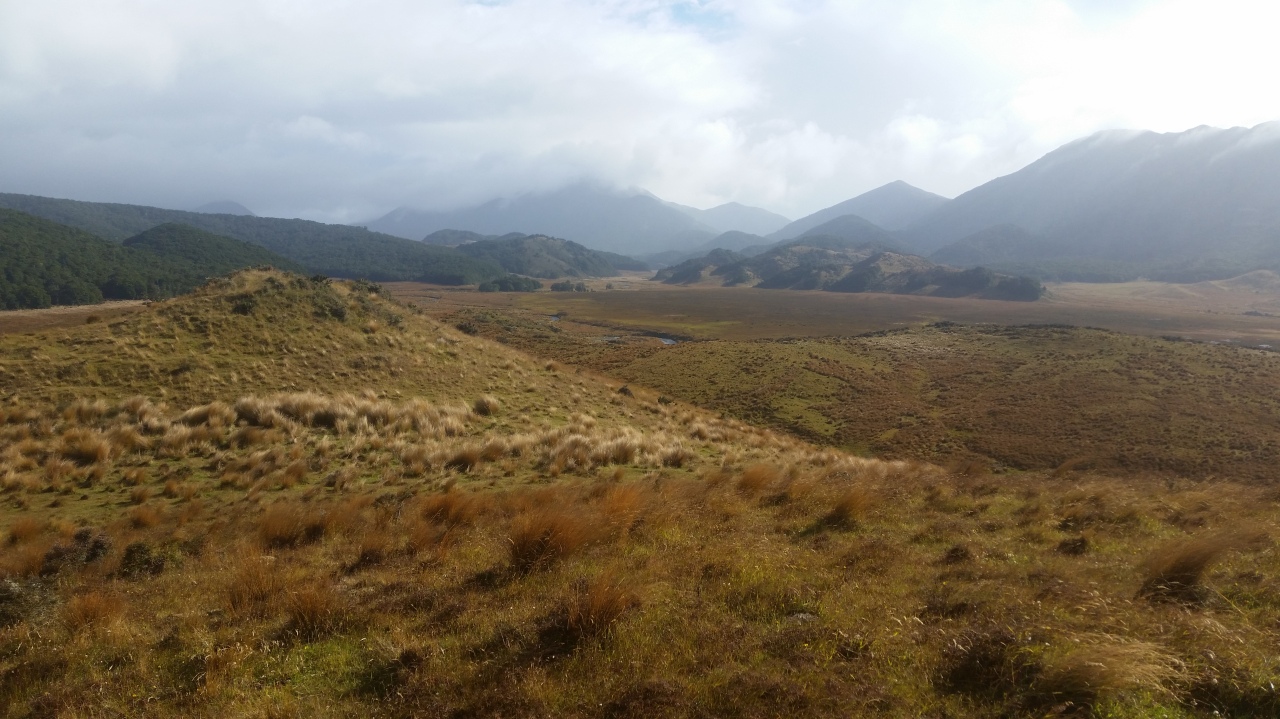 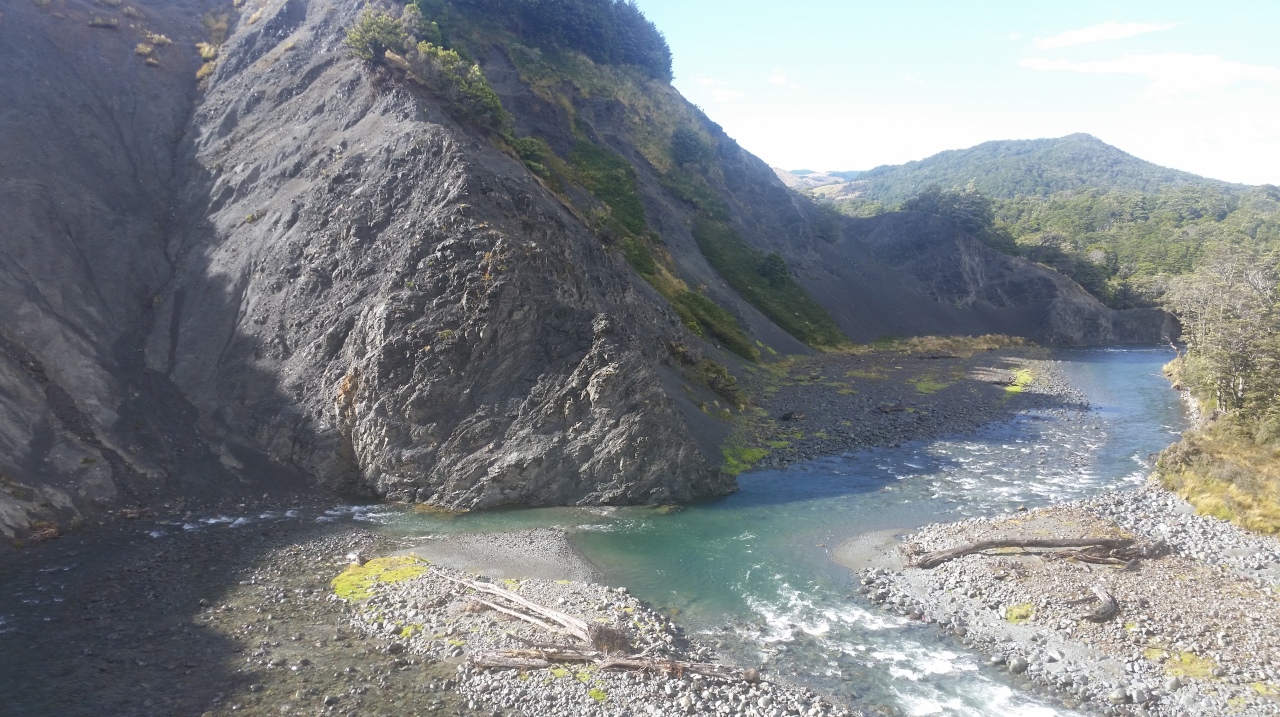 I could see a magnificent rainbow which only meant rain coming and the ranges in front were clouding over. The wind changed to the north and the rain arrived. There was nothing to do but soldier on, up and down the hills, through the streams, fighting through the swampy tussock, not caring about the wet feet and boots. My rain jacket was shedding water but I was still drenched underneath. Fortunately modern fabrics meant I was still warm underneath despite the conditions, just wet and warm rather than dry and warm. I only passed one other TA today. A British SOBO who was as wet and bedraggled as me. Our exchange was cursory given the conditions and so we quickly parted in opposite directions towards our destinations.

I reached the start of the final 5km and it was downright mean right to the end. The thin beech trees offered scant protection from the rain and instead funnelled the water down like being in a shower rather than dripping. The track was muddy and very narrow. At times I would be very carefully putting one foot in front of the other on wet sheer sidings. There were many stream crossings that needed to be descended to before a muddy climb out. Sometimes the only thing to grasp to pull you up was cutty grass. I was trying to be careful but slipped and ended up on my back atop my pack. I had fallen into a small dip with arms and legs flailing like an upturned beetle. The track crossed a small saddle but as I was in the clouds I couldn’t make out if I was close to the hut or not. I didn’t want to look at my GPS as I might be further away from the end than I wanted to know, so I just kept pushing on, cursing the TA, DOC, God, whatever the cause. A tree which had fallen across the track made for a particularly long rendition of expletives. With much relief the track ended at the Princhester hut. I was completely soaked but still needed to get to Te Anau which meant a 6km walk to highway 94 and then hitch into town. It was already 1700 when I started down the road to 94. The drizzle didn’t let up but I didn’t care at this point, I kept moving to stay warm and get to the highway. My arrival at the highway coincided with the farmer who was shifting sheep. He offered me to come up to the homestead if I didn’t get a lift which was very kind. Fortunately for me though I raised my thumb as three vehicles approached and Nini pulled over to take me into Te Anau. I cheerfully waved to the farmer and was off. 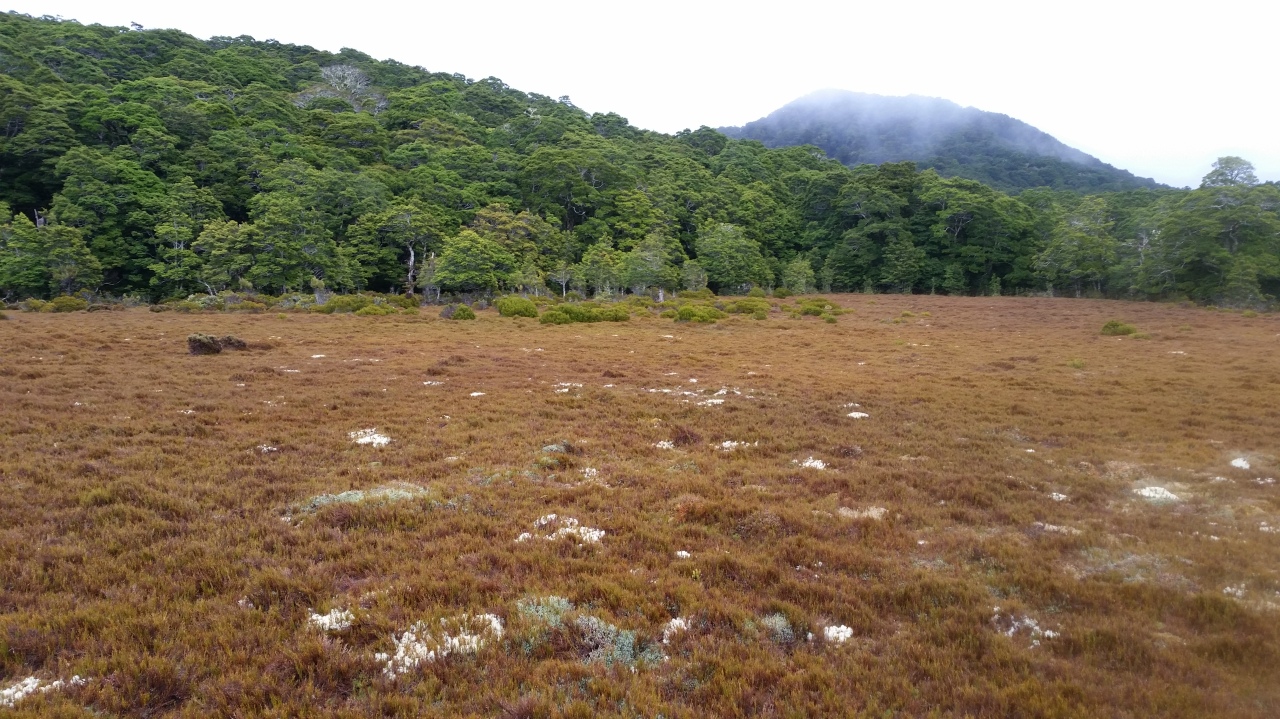 Once in Te Anau I started walking in the rain towards the lake front hotels. I wanted a warm room and bed for the night. After my day it was all I could dream about. A car pulled up (on the wrong side of the road)  and the driver said get in. I said I was wet but it didn’t matter. Fred is a local builder and turns out he did the TA a couple of years back. I also learnt that it was Chinese new year and Te Anau was fully booked. Oh No! Fred gave me his card and offered accommodation at his place if I didn’t find a room. Wonderful Kiwi hospitality right there. The first hotel I arrived at were full and suggested I try Manapouri. I was not going to hitch there thank you very much. So I got on the phone and started calling each of the hotels on booking.com. Each one came back with the same response “sorry we are full”. Finally however a tiny glimpse of light where it was suggested that Radfords on the Lake still had a vacancy sign. I called and yes there was one room left. I didn’t care what the price was. It was a short walk to the hotel and such a relief to arrive as it was about 1930 by this time. On checking in I explained to the owner Kerri that I had arrived from the Takitimus and was walking from Bluff to Cape Reinga and raising money for St John. Do you know what, Kerri said it was amazing and that I could have the room for the night on them. Well if that didn’t make my day.