There is another power cut this morning and nothing is working. No toilet, shower, water. Fortunately as I have my gas camping cooker we can have our morning tea/coffee and whip up a porridge. A mobile generator is brought out of hiding and a growing group of men try to get it to start although to no avail. The power hasn’t returned by the time we depart The Last Resort but the owners are not overly concerned. It is what it is.

The Heaphy Track begins or exits, depending on your direction, at Kohaihai which is the end of the road north of Karamea. The beach also stops abruptly at the Kohaihai river mouth as there are rocky cliffs on the northern side of the river. A swingbridge takes you across the blackened river into the nikau forest, which is a must see if you ever get to this road end. Ma and Pa join me for the first short climb to the lookout over Scotts Beach and then I bid them farewell and head off along the track. The beach is being pounded by the surf, the roar is continuous and I can appreciate why there are notices not to swim – a lady was drowned only recently and she had only been walking along the edge of the water. A freak wave was all it took to knock her over and she was submerged by the following wave. 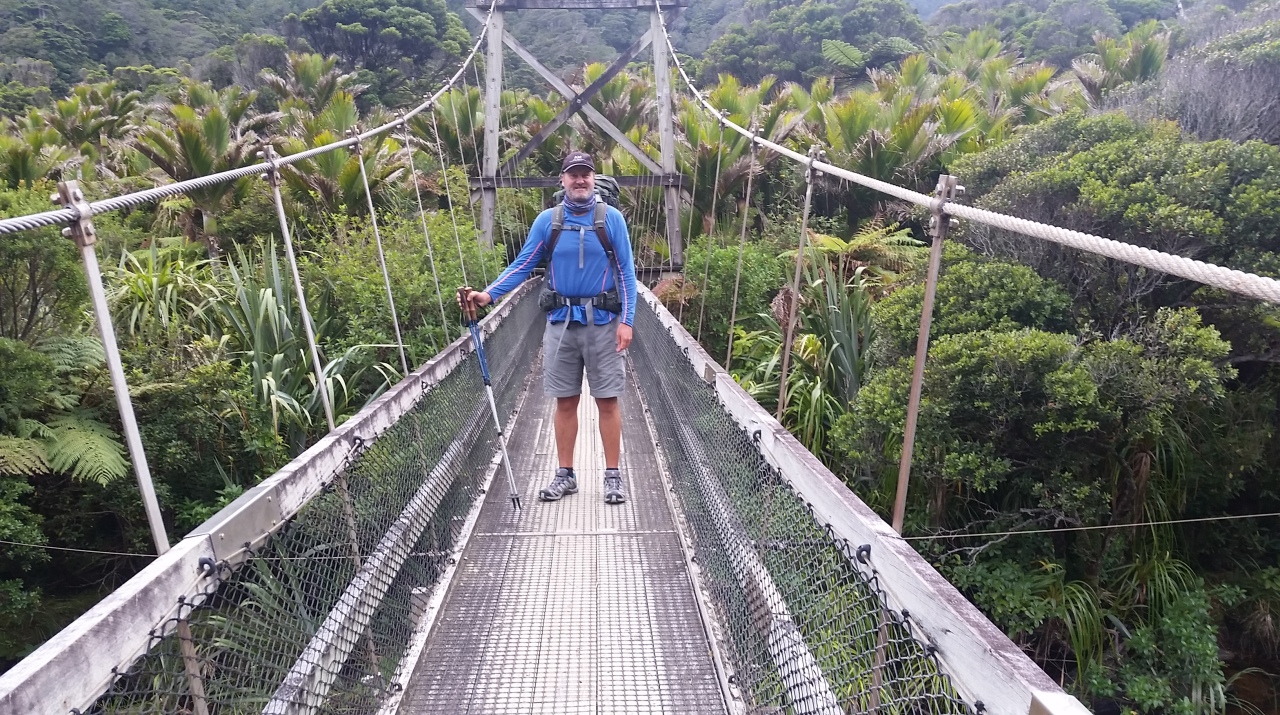 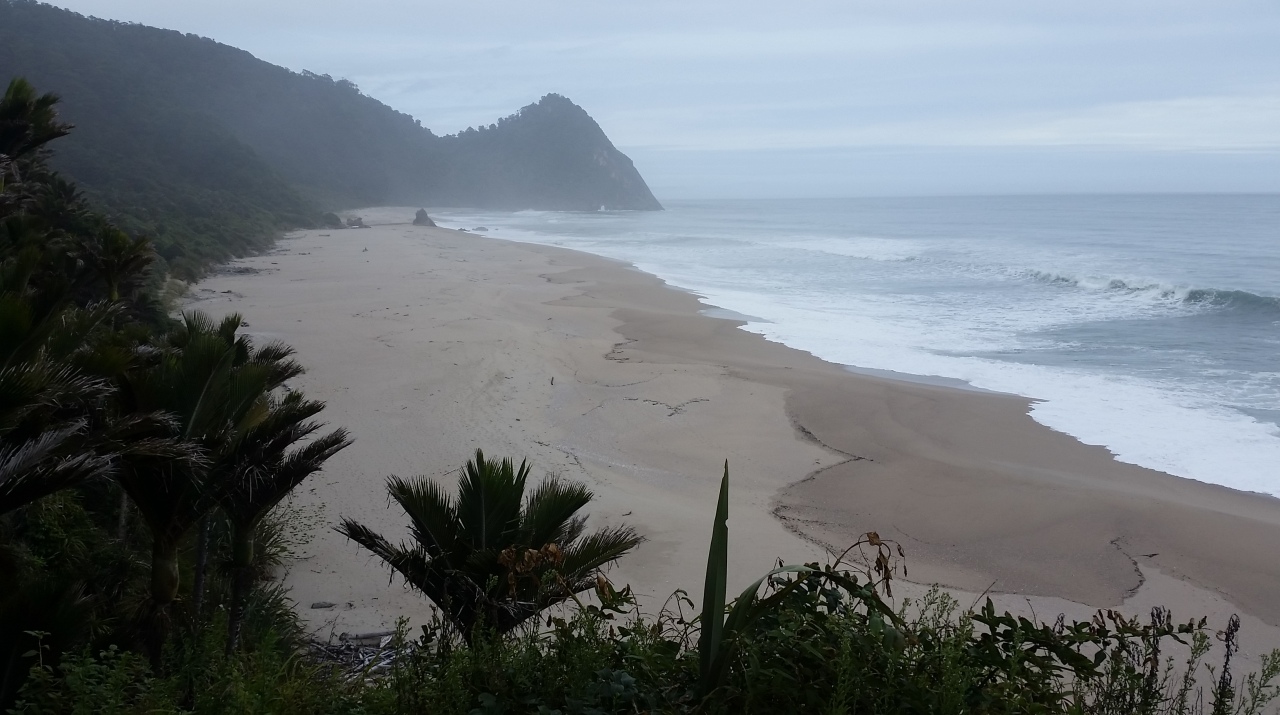 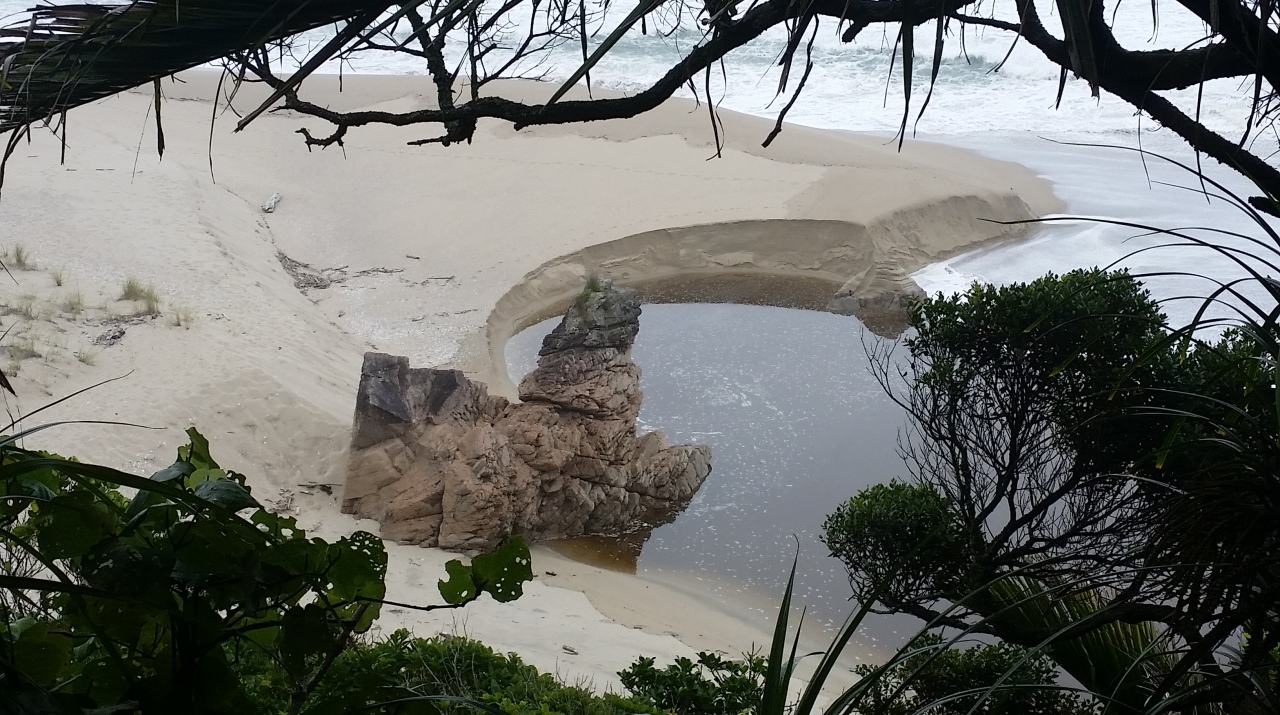 The track follows the coastline from Kohaihai all the way to the Heaphy Hut. The vegetation can be wind swept and contorts to the conditions. 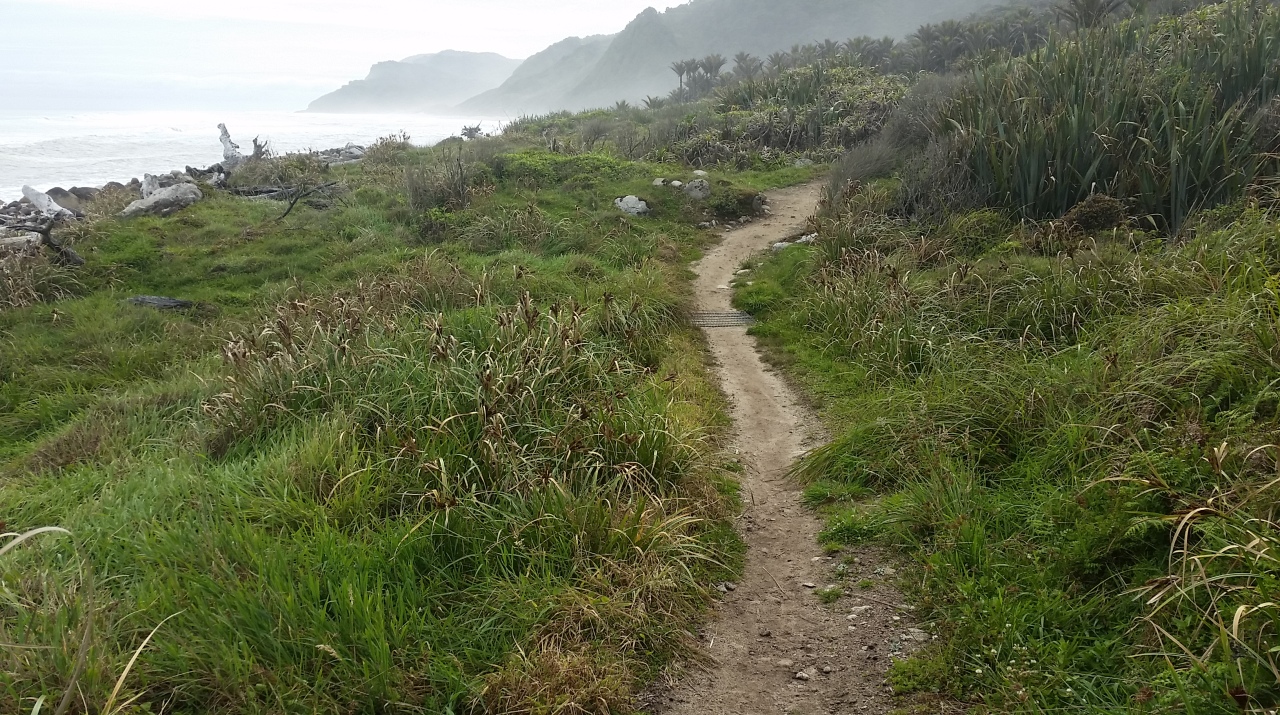 DOC are doing a lot of work both recently and ongoing to move the track away from the treacherous waves. New tracks are dug into the cliffside and the tidal warnings are less essential as when the tracks were in easy grasp of the the high tides.

The coastline is dominated with nikau palms, their proliferation like you have never seen before. Whole hillsides are densely covered with these beautiful native species which give the landscape a feeling of being in the tropics, as if you are in Thailand or a South Pacific paradise rather than the South Island.

Swingbridges ford the largest river crossings and smaller bridges get you safely across the smaller streams. 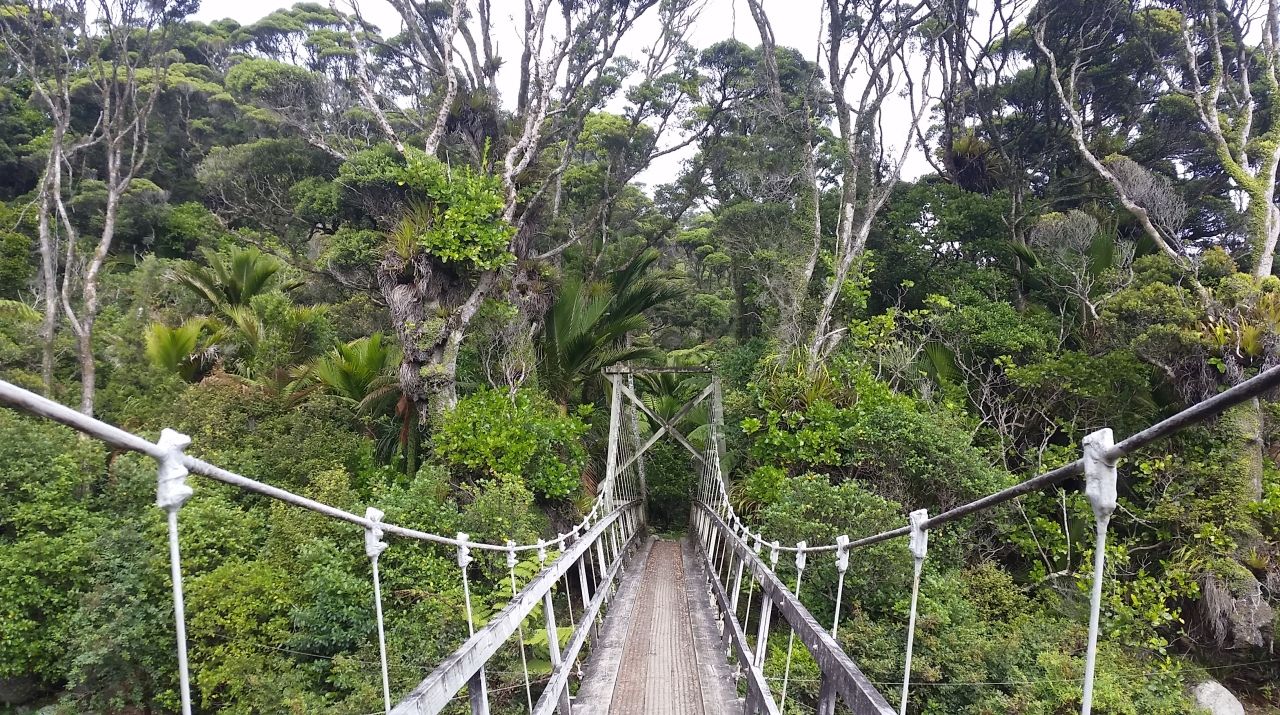 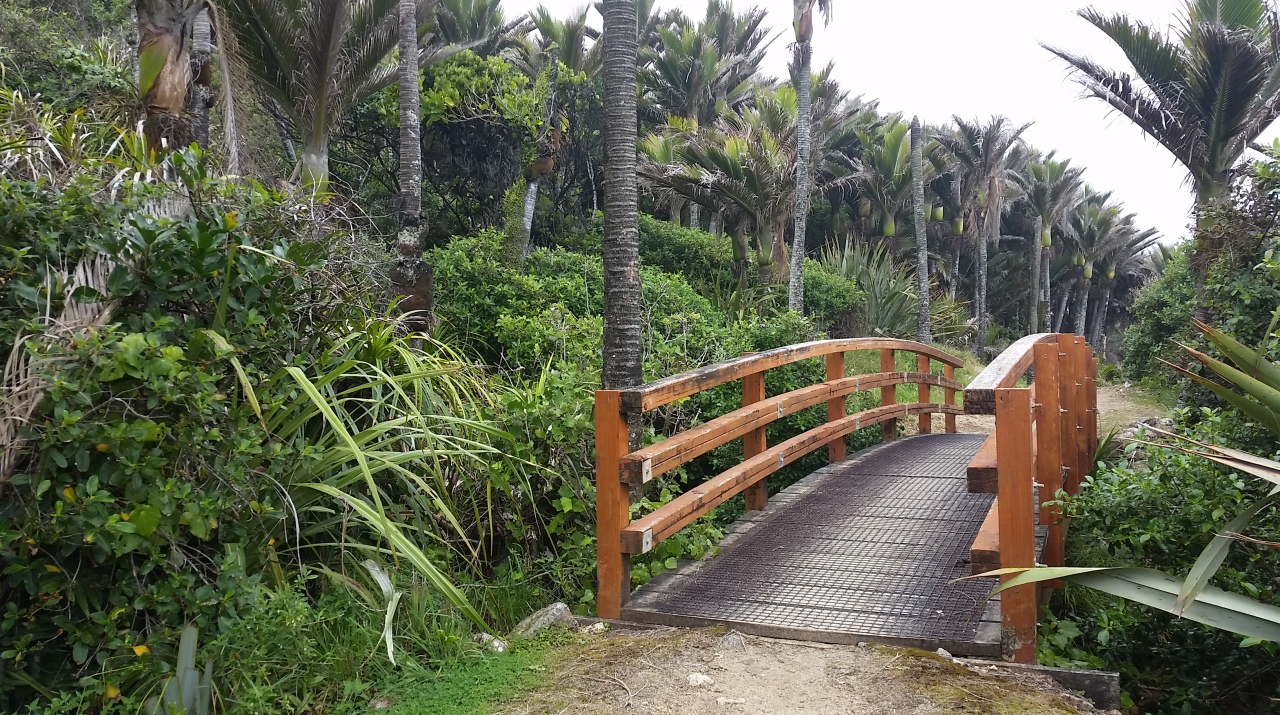 The whole walk between Kohaihai and Heaphy Hut has stunning vistas and there is always something interesting to behold. 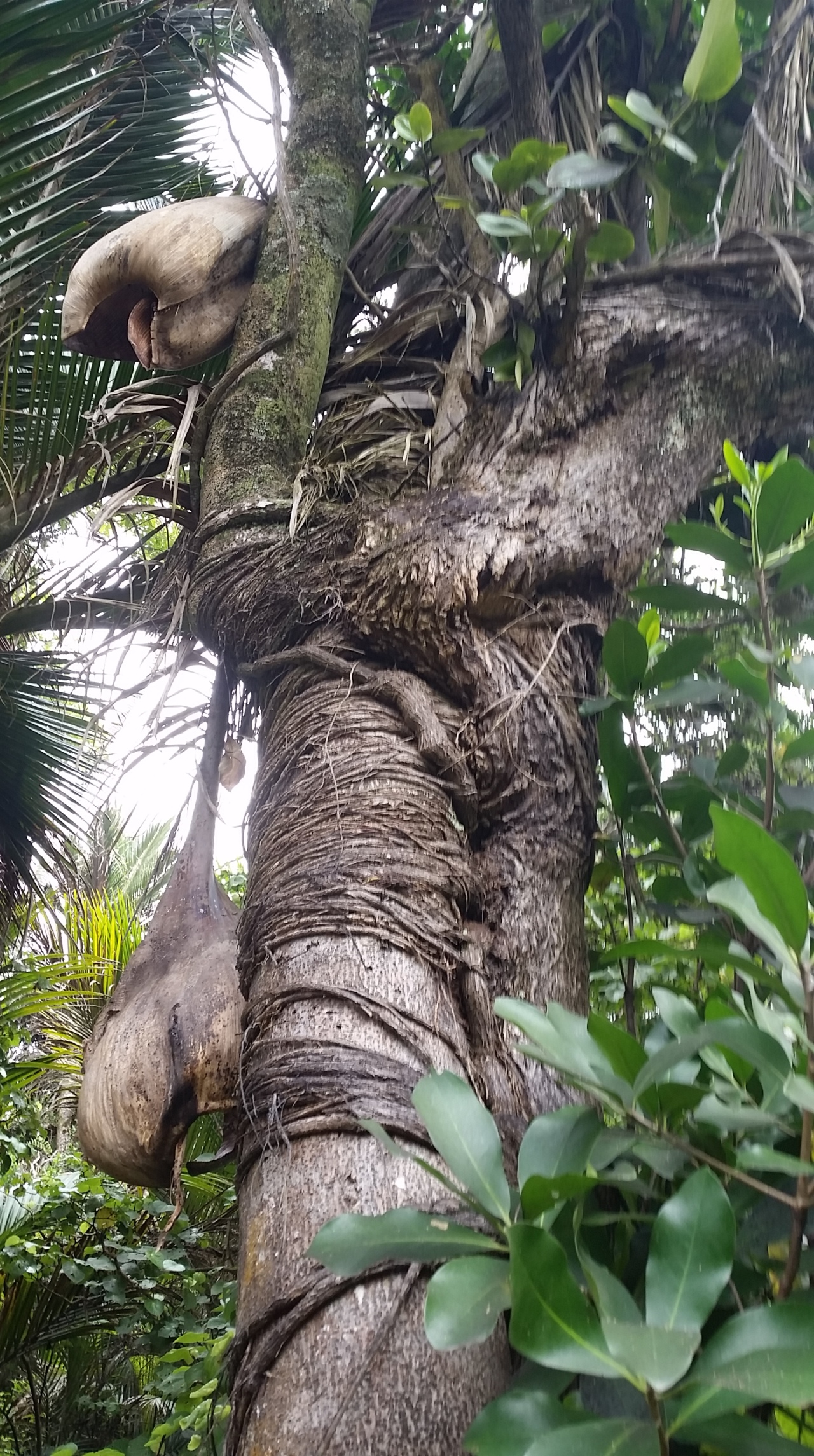 The Heaphy Hut sits above the Heaphy River just where it joins the ocean. The hut sleeps 28 in three bunk rooms and has the added luxuries of flush toilets, gas hobs and LED lighting at night. Weka and ducks roam the lawn and kiwis can be heard screeching at night (maybe even be seen if you are lucky). Unfortunately it began to rain in the evening and this continued all night so I lucked out on the kiwis. 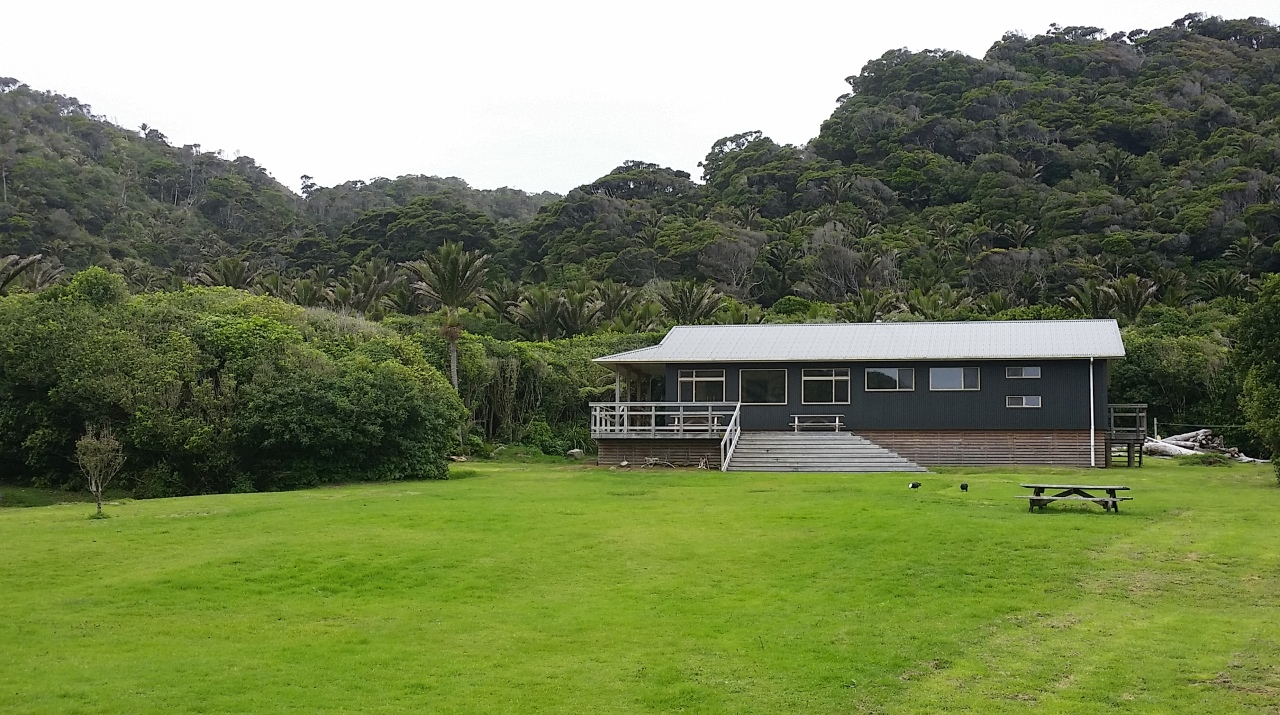 There is plenty of driftwood washed up from the tide and down river. Previous trampers have made wooden towers from these odds and ends. I tidied up one tower top which hadn’t been finished with the correct type and size of wooden pieces… the water of the river is blackened by the tannins from the forest above. It looks like tea at waters edge then goes impenetrable as it gets deeper. What you can’t see in the photos are the swarms of sandflies that attack you as soon as you stand still. On the move you are fine but the moment you stop they are right onto your face, arms and legs. They can even attack you through clothing. Fortunately my ‘Bushmans Friend’ containing 80% deet keeps them at bay. But still I don’t stay long outside.